Don’t worry, X-men aren’t real and you are not wolverine that traveled back in time, you aren’t on your desk suffering dreadfully from the voice of your math teacher trying to get in-sync with his frequency.

A couple of days ago my Colleague posted an article on Big Data discussing various practicies that ultimately enhance CX. Data being a key element to any targeted business in this era became an integral factor in decision making. Google Ads, Facebook Ads, Bank promotions, Email Ads, bill boards; all these forms of advertisements aren’t just ads posted/ sent randomly, they rely on in-depth analysis, studies, researches, statistics that results in a 160-character SMS or a 250X250 px image.

What happened in the early 21st century? Did we invent data? Is it a new science? All are rhetorical questions and their answers are, a two character word. What really happened in the 21st Century is calculated shift in presenting these data in a simplified, readable manner. Consumer experience isn’t just a B2C experience, at most it is a B2B experience that results in an elevated B2C experience.

A simple live dashboard that incorporates thousands of variable numbers changing per second will provide you a more vivid holistic view on where do you stand in providing your end-consumers a better service, hence a better CX.

Let’s agree on one thing.  Unless you are Bill Gates, we all hate numbers (that includes our salary!). Numbers crunched, Latin characters scrambled, mathematical representation, all are an ongoing eye-scratching pain. These numbers have to be transformed into a simplified diagram that serves their purpose, ultimately better CX. Microsoft, Google, Oracle and many other big IT firms are making billions of $s on their ability to transform the pain to a simple, beautiful, colorful dashboard.

A key to a successful dashboard is 3 attributes:

2. Self sufficient. A dashboard should not require Mr. Clippy next to it explaining what is going on, by spending minimal time observing it the user should know how and what the information means

3. Ability to overlay information and manipulate data providing the user with a different viewing perspective. 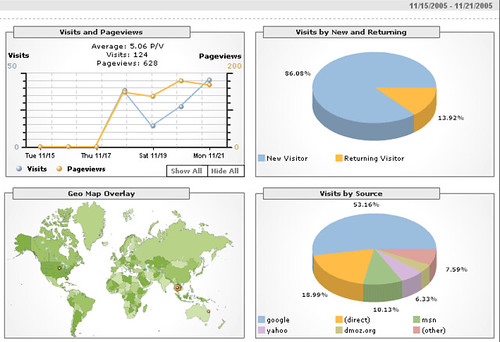 In Conclusion, I have good and bad news. Let me start with the bad news to leave you with a shred of hope to strangle on. Numbers will always be important. But. The good news is, we reached to a stage where we can manipulate these numbers and present them in a simplified dashboard.

A technology enthusiast working for a global service provider. Ali has a huge passion for analytics and history. His opinions are his own. View more posts

This site uses Akismet to reduce spam. Learn how your comment data is processed.